Vanilla from Tahiti is one of the most beautiful and flavorful exotic vanilla beans in the world. Grown and harvested on a single-family estate, our bulk Tahitian vanilla beans are incredibly delicate, floral, intoxicating to the palate. Notes of red wine, cherry, peach, and other stone fruits shine through in this incredible bean.

Gourmet Tahitian Vanilla beans are award-winning and respected by top chefs worldwide. Authentic Tahitian vanilla is respected for its floral complexity and the immeasurable depth. The beans add tremendous flavor to pastries, sauces, gelato, and other sweet and savory treats. Try taking your cooking and baking to the next level with these 100 percent pure Tahitian vanilla pods.

Authentic Tahitian vanilla is consistently the most expensive vanilla in the world. Here at Slofoodgroup we offer the best pricing or real vanilla from Tahiti online. Our sellers may say they are selling Tahiti vanilla but in most cases that is just Tahitian type vanilla from Papua New Guinea or Indonesia.

We have that too but do be fooled by these imposters. They are good beans but they are definitely not the real thing. Curious as to why vanilla from Tahiti is more expensive than vanilla from other countries? Take a look at this article for a little insight

Buy Vanilla from Tahiti and you will notice:

How to use gourmet Tahitian Vanilla Beans:

Tahiti vanilla can be use for everyday cooking and baking as well as making pure vanilla extract. To use these overly plump type vanilla bean, try cutting off the tip of one end of the vanilla pod. Now from the opposite end, take the back of a knife and slide the blade up the length of the bean. Watch as the vanilla seeds easily slide out of the bean like a piping bag.

They were awesome. I have a batch of vanilla going and I also put some in a batch of kahlua. I have to keep in the pantry to flip often and then I have to hide it til the holidays!! A fun project!!

Best freshest beans ive ever had.

These beans are really fresh and fragrant. Used them for multiple recipes, then saving the pods for extract. Really happy with the product! 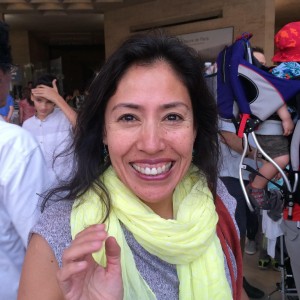 United States
Plumpest beans just like my Tahiti bought ones!

First of all, excellent price, the order came fast and well packed. When I saw them I went weak in the knees. Oh my, the fragrance and how plump and flavorful they are! They will last me a while but will for sure purchase again. Highly recommend.

Tahitian are THE BEST!! They’re soft and fragrant! Can’t Wait to use the vanilla extract when it’s ready!!