Stock your kitchen on autopilot
Compartir:

Authentic Vanilla from Tahiti, one of the world rarest and most desirable vanilla beans. Beautiful brown to black bean pods that are fuller, plump and widely shaped make up vanilla from Tahiti. The aroma of vanilla from the Tahitian islands is a floral and fruity orchid perfume. The soft notes of ripe stone fruits melodies wisp gently in the air when you smell these beans first hand. This is why these vanilla beans are one of the most flavorful and exotic world but not much vanilla is really grown in Tahiti so most seasons what is available does cost significantly more than other origins of vanilla.

How much vanilla actually comes from Tahiti? The annual harvest of real Tahitian vanilla beans is under 50 tons gross weight raw beans before cooking in the sun, sweating, and massaging from one end of the pod to the other for months on end. For cured and properly aged vanilla, this becomes less than 20 tons of useable vanilla beans.  Vanilla from Tahiti is suitable to industries like perfumeries, food and beverage manufactures, patisseries, and Michelin stared chefs. Our Tahitian vanilla beans are grown and harvested on a single-family estate. In operation for 5 generations, the quality of vanilla speaks for itself. The soft pliable touch, plump pods that contain ample seeds, and rich sweet floral aroma are really unmatched compared to other types of vanilla beans.

"Slofoodgroup sells some of the finest gourmet bulk Tahitian vanilla beans online that is available to both industry professionals and home cooks alike"- Shawn Gavin, former chef and founding team member at Slofoodgroup.

Tahitian vanilla beans are incredibly delicate, floral, and intoxicating to the palate. Notes of red wine, cherry, peach, and other stone fruits shine through in this incredible bean that is more subtle in its vanilla essence than a Madagascar or bourbon type vanilla bean; however its flavor and perhaps more importantly, Tahitian vanillas' aroma makes it ever more desirable to many of the worlds finest pastry chefs. Real Gourmet Tahitian vanilla beans, like ours,  have won awards in Paris and are respected by top chefs worldwide. Authentic Tahitian vanilla is respected for its floral complexity and the immeasurable depth it can add to recipes. We recommend making this type of bean the star ingredient rather than just part of many ingredients some recipes that call for vanilla flavor. These beans add tremendous and unmatched flavor to pastries, sauces, gelato, and other sweet and savory treats. Try taking your cooking and baking to the next level with our 100 percent pure Tahitian vanilla pods grown and harvested in the Society islands

Authentic Tahitian vanilla is consistently the most expensive vanilla in the world. Here at Slofoodgroup we offer the best pricing and quality on real vanilla from Tahiti online. Other sellers may say they are selling Tahiti vanilla but in most cases that is just Tahitian type vanilla from Papua New Guinea or Indonesia. We have that too but don't be fooled by these imposters. These other beans are good beans but they are definitely not the real thing.

Curious as to why vanilla from Tahiti is more expensive than vanilla from other countries? Take a look at this article for a little insight

These gourmet vanilla beans from Tahiti have been certified kosher by a reputable Rabbi at EarthKosher, a Kosher Certification Agency. View all kosher ingredients here

Tahitian vanilla from Tahiti can be use for everyday cooking and baking. Making pure vanilla extracts, pastes,vanilla essences, soaps, lotions, scrubs and of course pastries, are only a few of the many uses. To use these overly plump type vanilla beans, try cutting off the tip of one end of the vanilla pod. Now from the opposite end, take the back of a knife and slide the blade up the length of the bean. Watch as the vanilla seeds easily slide out of the bean like a piping bag. You can also view a video of how to remove the seeds from a Tahitian vanilla bean here.

User tip for using that empty vanilla bean pod after removing the seeds: dry the empty pod and make ground vanilla bean powder. The pod of the vanilla bean contains the just as much flavor as those seed you just scrapped from the inside. Tahitian vanilla powder is great for : ice cream, custard,, chocolate, vanilla flavored liqueurs, vanilla sugar and Tahitian vanilla extract (click here for extract grade b Tahiti vanilla.) I bought 3 different types of Vanilla Beans. Each package was for a different type of use. I also liked that every package was sealed, I was getting ready to do a this and received a happily surprise. I will definitely purchase from your company again.

The beans are plump and good length. They contain a very large amount of seeds. Both beans and seeds provide great flavor to my creme anglaise, custards, and puddings.

They're in extract right now,, mixed with Madagascar which makes my favorite extract 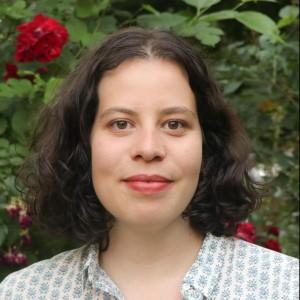 I am very happy with my beans, they are fresh and plump. I am looking forward to using them.