Used in Asia for centuries, star anise is most famous as an ingredient in the Chinese five-spice mix. Aptly referred to as Star Anise due to its appearance and flavor, this prized spice is the seed pod from the fruit of Illicium Verum, a type of evergreen shrub. The seed pods grow in the shape of an eight-point star and host similar flavor properties of anise. Whole star anise pods are not the same as anise, but because the flavor is so similar (due to the shared flavoring compound, anethole), the two are often used interchangeably in dishes.

The spice has commonly been used for both medicinal and culinary purposes. It is often present in braises, soups, stews, pickling, candying, and much more.  In European kitchens and recipes, star anise is used for a plethora of baking and flavor applications: duck, tea, honey hams—you name it, star anise plays a co-starring role.

These wonderful little ninja stars of the spice world, are an amazing example of a tiny product that packs a punch and a kick. Whole star anise pods are often described as having a flavor and aroma profile of black licorice; however, they are also sweet and spicy and should be used in complimentary moderation so as not to overpower a dish or recipe.

Why buy star anise from Slofoodgroup?

Each one of our Vietnamese star anise pods is handpicked and carefully sorted. Only whole, unbroken pods are used. These pods are solely picked during the second harvest of the season—the autumn harvest—because they have an inherently higher oil content. This makes the Autumn season more desirable for consumers and fetches a high premium for farmers and growers.

How do you use the star anise you have purchased?

Star anise comes ready to use in whole star anise pod. You simply drop the little pods in your liquid, braising stock, cream, or whatever culinary medium you desire and let the flavor infuse into the dish. We recommend using cheesecloth and making a herb sachet so the pods are easy to remove and do not get lost or forgotten at the end of the cooking process. If you are making a spice mix and need ground star anise, pop a couple of anise pods in your coffee or spice grinder and give it a whirl (just make sure you clean out the coffee grounds first). Whole star anise pods grind up great in a grinder, are more flavorful when ground fresh, and have a much longer shelf life than pre-ground mixes.

Star anise and Saigon cinnamon are also two very important ingredients in the now-popular Vietnamese dish of Pho. This dish itself, over the past several years, has become synonymous with Vietnamese culinary identity.

*As is true for our entire line of high-quality spices, our star anise pods have been certified kosher.

The whole star anise pods are so pretty. I throw a handful of them into my pot with cinnamon sticks to make a wonderful tea. 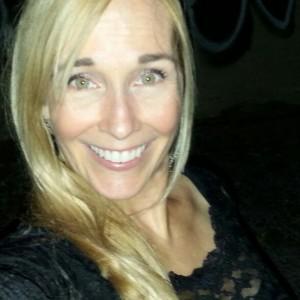 United States
The Gift of Giving

It's hard to find organic spices that are fresh and affordable and they have both! I love all their spices. I buy in bulk not only to use them at home, but also give them as gifts. Support small business and get your exotic spices from Slofoodgroup! Tammy

Spices are a fantastic gift giving idea for not only as a healthy treat but one that has the delightful smell of the season.